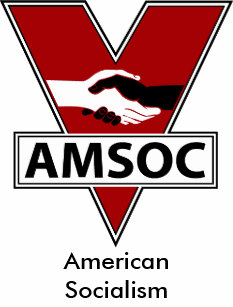 In America, there are two types of socialism for the people. The first started out as either benign or relatively positive especially when compared to the second. The second is dangerous and a form of Cultural Marxism. It is most likely to be entirely detrimental to society.

The first American Socialism started under FDR’s New Deal. With the New Deal, we got Social Security. A program like that may be seen as justified. Somewhere along the line later came the Social Security Disability which can be seen as compassionate. There are various types of Disability. Welfare also was instituted and so was Medicare/Medicaid.Then there is Unemployment. At some point along the way, it seems most all programs maybe excepting for Social Security, became detrimental to American Society, and actually feed the under-classes to swell thus becoming a net loss for American Society that only increases. Other programs include Housing Programs, right on down to various food programs and the infamous Obama Phone.

President Bill “Ooh My Willy” Clinton tried to reform Welfare making something called like “Work to Welfare.” This Steemian recalls his mates talking about “welfare queens” and other abusers on the bus on the way to Middle School.

It is a funny thing that Bill Clinton tried to rein in Welfare. It is also funny that he implemented “The Three Strikes Law” and that I guess Hildawg talked about a Negro “Super Predator” considering the state of the Democratic Party 10-12 years later on and now.

When most people think about “Social Assistance,” they probably think about Democrats and help for the “poor” or invalid or even People of Color. That is not always the case. George W. Bush expanded Medicare and/or Medicaid Prescription Drug Coverage. Assumedly, Republicans got all the “Write-Off” laws passed. George W. Bush did do something about stock dividend tax and so-called double taxation. Socialized business write-offs and tax incentives go much further for business than for average citizens. Depreciation can be written off too. Did Joe Middle Class lose money on some stocks he invested in? He can write that money off. Even with charity, the average citizen can “donate” whatever shit he has for a tax credit. I think ultimately, the purpose of the tax credits and write-offs is to keep the (((Federal Reserve Fiat System))) humming but maybe that is a bit of digression or reach.

As we’ve pretty much hit Peak Socialized America for now in terms of material needs(until the robots and Internet of Things get here), a Culturally Marxist Socialism is on the ascent. Giving out Obama Laptops and WIFI is probably more than most voters would have gone for. I know some guys that like that Obama Coffee but that comes from Denmark…

Culturally Marxist Socialism here in America right now is being called “Quality of Outcomes.” As I said earlier it is dangerous and most likely will help to wipe out at least the Lower Middle Class.

The first quality of outcomes program began under Obama and came about from what I believe was a Supreme Court Decision. It involves allowing those who get public assistance for housing to move out of the “ghetto,” a place which could be argued is in large part, more a place of their own making.

Frankly though, we’re all victims here in the USSA but I don’t want Shequanda moving into a perfectly good house in my area with five kids, and three baby-daddies and busting the fucking house up. Even more frankly, I and I don’t think anyone else has the time to play Lean on Me with feral Blacks. There are already racial tensions in my area and there is plenty of mean-mugging, and dirty looks shown my way. I the third generation in this house am already more than tired of the tensions from the “Mexican Creep” and their teenagers. I know for a fact it goes both ways too.

If I go up North a bit or to certain other neighborhoods the Blacks, their children will even shout “nigger,” at me if on certain days. It can be adventurous and exciting, yes, but, Diversity is Not a Strength and it doesn’t take “a village.”

With the Inauguration of Trump, I think the Forced Housing Plan is on hold. However, the “great” progressive cities have come up with their own Culturally Marxist “Equality Of Outcomes” schemes. New York City scrapped all sorts of warrants for minor infractions tickets given out in which the perp “failed to appear” in Court as ordered. A big reason given and broadcast on local media for that amnesty was that the proportionanlity of tickets according to race was “skewed.” Today in NYC, it was announced that many if not most marijuana infractions are being thrown out for the same reason, too many Coloreds had been ticketed

New York Senator Kiersten Gillibrand and the now Senator and Former Newark Mayor Corey Booker, in their quest to legalize Marijuana in all Fifty States are trying to use this “Equality of Outcomes” horseshit to further the legalization process. They have said it is a “civil rights issue” because of the inequality of the proportionality of the races arrested. I wonder what would happen to Meth Arrests if the Equality of Outcomes Standard was applied for them.

“Yeah Dispatch, this is Officer Krautmann. Yea, I’ve got two tweekers here tweeking pretty hard. One has half of his car apart. Yea, yea, that’s what I was going to ask – I thought taking these two in might put us over the limit. Alright dispatch, the guy with the car has fluid leaking. Great yea, definitely give a call to enviornmental services. We’re gonna need somebody to clean up after these gentleman.”

Cultural Marxism is being enshrined.

Legal City-Run Heroin Dens are probably coming to NYC too.